Things To Do In Moscow

Considered to be one of the most expensive cities in the world, Moscow, the capital as well as the largest city of Russia, is a heaven for history and art buffs. With a fair share of edgy art galleries and intriguing museums, historic monuments and scenic locations, legendary towers and religious churches, Moscow continues to tell tales of the fallen heroes and battles won and lost. Like a

benevolent old granny, this city has something to offer for everyone who happens to trample on the cobble stoned stretch. While lovers of literature can cling to the Pushkin Museum, followers of Chekhov can head straight to the theatres. Foodies can flock to wine bars, while those who want to explore the city in the wee hours of the morning, the bohemian art caf?s are the place to hit. This article entails few interesting tourist destinations where one can head to and experience a perfect getaway.

The legendary Red Square was named in the 17th century using an old, Russian word for «beautiful» and has been the central square of Moscow ever since. Walk through the recently refurbished Resurrection Gate, which has been the entrance to Red Square since the 16th century. As you walk past the square, you would notice the beautifully ornate St. Basil’s Cathedral, built in the 16th century under the rule of Ivan the Terrible. The building with its interiors painted with Russian orthodox depictions was restored in 2004. Right in front of the cathedral lies the ‘Lobnoye Mesto’, which was used as a stage for the Tsar’s edicts, venue for religious ceremonies as well as a platform for making important public announcements. Lenin’s mausoleum, in Red Square, is also a great place to visit. It is the tomb where Lenin’s body lies mummified in a glass tomb.

The word Kremlin means «fortress» in English and is the center of government in Russia, present in every major Russian city. Surrounded by a thick brick wall, with cathedrals, an arsenal, an armory, a palace and numerous government buildings constructed within its premises, the Moscow Kremlin is a giant fortress and a world in itself. It would be an afternoon well spent if you take up a guided tour to explore this historical landmark. While Cathedral of the Assumption is the oldest church here where many of Russia’s tsars were crowned, the Cathedral of St. Michael the Archangel contains the remains of several Russian leaders. The state armory is Russia’s oldest museum and plays host to a massive collection of the state and royal treasures, along with countless other artifacts. The other things of popular interest are the Tsar Bell and Tsar Cannon. While the 200 ton bell has never been rung so far, the cannon built to protect the Kremlin’s savior gate has never been fired. 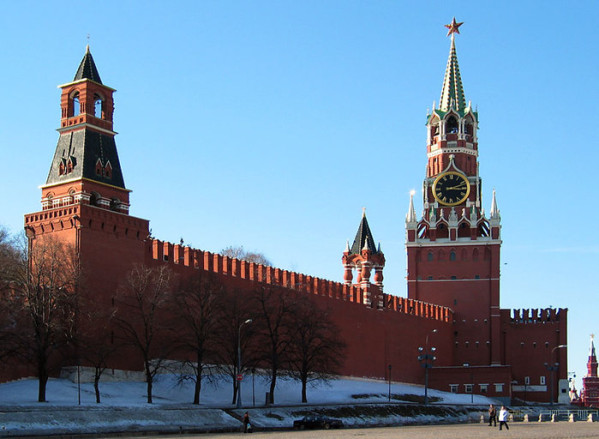 Bolshoi is Russia’s largest and most renowned theatre, with a seating capacity of 2000. The five-storied auditorium is of 19th century Russian neoclassical style and was refurbished to its original standards in the year 2005. If you visit Moscow, a ballet performance or an opera, sitting in the luxurious precincts of Bolshoi is a must. You wouldn’t want to deprive yourself of the magnanimous experience of watching an opera in Bolshoi, when in Russia.  After all, you do not get a chance to visit the place every time!

Walk Past The Old Arbat.

Considered to be the cultural nerve centre of Moscow, this is one of the few pedestrian streets in the city. Russia’s most famous artists, composers, musicians and writers have lived here in their times of fame and glory. Though it is no more a home to Russia’s intelligentsia, it has become a tourist destination. The country’s most celebrated writer, Pushkin’s home is now a museum where his ardent fans daily pay a visit. This street is also famous for its souvenir and art shops. Vendors selling paintings, fur hats and scarves, hand painted boxes as well as nestling dolls draw tourists towards the Arbat street. 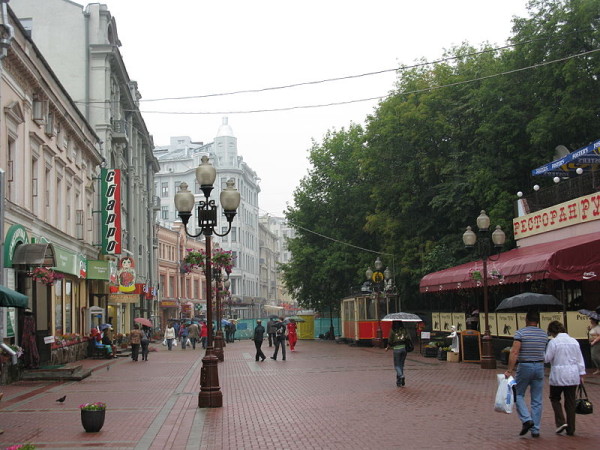 Under the rule of Stalin in the 1950s, seven gothic skyscrapers were built and the 36-storied Moscow State University is the largest of these buildings, known as «seven sisters». Standing tall on the sparrow hills, this place is worth a visit for those who wish to see the impressive architectural extravaganza of Moscow. Tourists are not permitted inside the building, but standing on the terrace, one can have a bird’s eye view of the entire city of Moscow.

A favorite among tourists, this place has a huge open-air market which sells traditional Russian souvenirs, cold-war memorabilia, exquisite antiques as well as art. Most of the stalls remain open only on the weekends and haggling with the vendors to get the best deal is a common trend out here. Just a short walk away from the bustling market is the Izmailovo Royal Estate. It was a childhood getaway of Tsar Peter the Great and his family. Visit this place to witness several other 17th century structures like the Ceremonial Gate and the Cathedral of Intercession.

If you are on a shopping spree and looking for expensive brands, rush to the GUM department store, which is an arcade-type shopping complex running all along the east side of Red Square. For those with a restricted budget, fret not as Moscow offers you great deals as well! Just close to the department store, you would come across plenty of mid-range shops to suit your pocket and places where you can grab a bite or sip an energy drink.

You can book tours in English to Moskow here.