The Russian Federation or simply Russia for short is a vast transcontinental country straddling the continents of Asia and Europe with Moscow as its capital city. With a massive territory covering 6,592,800 sq miles (17,075,400 sq km), Russia is the largest country in the world spanning across eleven time zones and covering more than one eighth of the world’s land area.

For a country so vast, Russia has a population of only about 143 million people as at 2012. The country’s history and culture went back a long way and because of this, although the Russian landscape is so beautiful and diverse, its main tourist attractions are its historical monuments and sites of majestic buildings, cathedrals, ancient cities and museums. 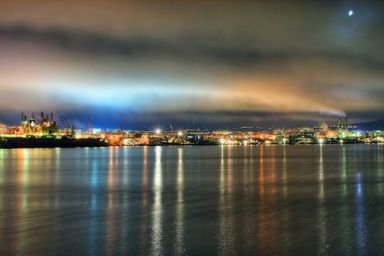 Nevertheless, nature loving tourist to Russia will always marvel at the largest freshwater lake in the world, stunning raging rivers and alpine forests teeming with fish and wildlife, majestic volcanoes, and towering mountains.

Herebelow are some of the more popular tourist attractions in Russia.

Moscow — Since Moscow is the capital of Russia, it is also the main gateway to the country and its provinces and tourist will usually start their sight-seeing tours here exploring Russia from this ancient city. Moscow itself is also home to several tourist attractions such as the Kremlin and the Red Square amongst many others.

Moscow is one of the biggest cities in the world and occupies an area of about 400 sq miles (1035 sq km) with a population of about 9 million people. This is not counting the more than three million tourists and visitors to the city yearly.

Moscow buildings are rather unique because its architectural style combines the features of Eastern as well as Western cultures and features. The Vysantium styles are mixed with architectural styles of Britain, Italy and other West-European countries.

A visit to some of Moscow’s 80 museums are indeed eye openers as these museums preserve invaluable treasures ranging from rich collections of Russian and foreign art and culture. The Kremlin, the symbol of Russian might and power stands proudly towering over the left bank of the Moskva river. It is the oldest part of the city and is its political, historic and cultural center and the seat of Russia’s legislative power. It is also the site of several museums.

Another tourist attraction in Moscow is the famous The Red Square which is the main square in Moscow and Russia not unlike what Tian An Men square is to China.

St. Petersburg — St Petersburg is another well known city in Russia popular with tourists because it is one of the most beautiful cities of Europe and affectionately called Venice of the North. St Petersburg is the second largest city in Russia after Moscow and has a population of about 5 million people. The city was founded by Peter the Great in 1703 and was the capital of the Russian Empire for about 2 centuries from 1712 to 1918. This historical city was the scene of the February and October revolutions in 1917 and was a besieged and fiercely defended city during the last world war.

St.Petersburg is an impressive display of remarkable architectures which can be seen from the cathedral of the Peter-Paul Fortress, the Summer Palace, the Winter Palace, the Smolny Convent, the Vorontsov and Strogonov palaces, the Kazan and St.Isaacs Cathedrals. It is also the soul of Russian fine arts in its rich world class music, ballet, and theatre performances.


If you are in St Petersburg, then you must not miss visiting The Hermitage Museum. This is one of the biggest museums in the world which was founded by Catherine the Great in 1764. Here is a treasure trove of famous works of luminary greats such as the likes of Leonardo da Vinci, Rafael, Titian, Velazques, Murillo, Rubens, Van Dyke, Hals, Poussin, Watteau, Monet, Renoir, Cezanne, Picasso, Matisse, Michelangelo and Rodin, just to name a few.

Velikiy Novgorod — Velikiy Novgorod is located on the banks of the river Volkhov River which is about 120 miles (about 190 km) south of St.Petersburg. This amazing ancient city was founded more than 11 centuries ago and is a popular tourist attraction today.

Velikiy Novgorod suffered severe damage from German bombing runs in the Second World. The good news is that many of the historical monuments are now restored to its former splendor and glory.

Murmansk — The town of Murmansk is located in northwestern Russia and has a population of almost half a million people. This town is now an important fishing port and is home to one of the largest its fish-processing plant in Europe.

The best time to visit Murmansk is during the Festival of the North, which is celebrated in the last week of March with a ski marathon and reindeer races.

Sochi — After touring some of Russia’s city and towns, let’s take a look at Sochi, Russia’s favorite resort by the Black Sea with towering Caucasus Mountains serving as the beautiful resort’s backdrop.

What makes Sochi such a popular resort in Russia is because of its cool subtropical climate, warm blue sea and the modern resort complexes. This resort also attracts dignitaries like local and foreign head of states and movie stars as its guests.

To cater to the demands of tourists, you can find dozens of hotels and campsites with more than 50 sanatoriums. There are also natural beauties to enjoy such as picturesque waterfalls, wonderful hilltop views, mineral springs spas and alpine vistas to stroll in.

Vladivostok — This is also another important Russian town that is worth visiting. Vladivostok is an important seaport and administrative center of Primorsky Kray region, in southeastern Russia and is extremely rich in Russian military history.

The town was founded in 1860 and is now the chief educational and cultural centre of the Russian Far East. The city is famous for its performing art theatres and its philharmonic symphony orchestra. 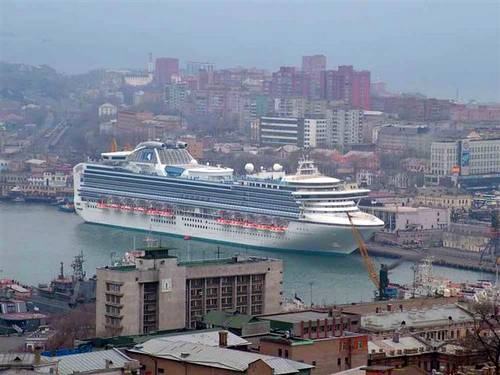 The train will also rumble past Siberia’s Lake Baikal which is as big as Belgium and is home to the world’s only freshwater seal. Other tourist attractions along the journey are the multicultural town of Irkutsk and Ulan-Ude city which is Russia’s center of Buddhism.

Visiting Russia soon? Then do not missed out the tourist attactions featured in this article.

You can book tours in English to Russian cities here.